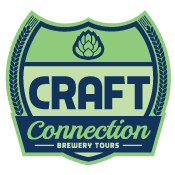 Get a Beer Faster in Downtown Cincinnati

Cincinnati is making recent national news not only because of the success of FC Cincinnati, but also because of the award-winning craft beer being produced throughout the city. From 10 breweries five years ago, to over 45 in 2017, there is no shortage of beer in Cincinnati. With that being said, there is only so much time visitors to Cincinnati have to explore these breweries. The list below will help alleviate the stress of finding breweries, especially if you’re staying in Downtown Cincinnati.

Staying Downtown Cincinnati? You’re in luck! There are several breweries and you can ride the Cincy Streetcar to easily get to them. Of course Uber and Lyft is a viable option. If the weather is nice, you can walk to these breweries. Over the Rhine is the neighborhood just north of downtown Cincinnati. All of these breweries make excellent beers. Ask your friendly beer tender what they recommend and don’t be afraid to go outside your style limitations.

The combination of Taft’s Ale House’s food, beer, cocktails, and atmosphere is top notch. This is a nice first stop to grab dinner, a beer or flight, and enjoy the ambiance of the taproom. The ground level is more of the cocktail/bar lounge while the top to stories are for the brewpub. Housed in a former church, the founders of Taft’s put a lot of thought into the renovation of this beautiful landmark. The ode to President William Howard Taft is very evident throughout the taproom.

The next stop on this downtown Cincinnati adventure will be Christian Moerlein brewery in OTR. They have a brewpub located on the river next to Great American Ball Park. The brewpub has excellent food, beer, and view of the river. For the sake of history, the Christian Moerlein Malthouse in OTR is one of the most unique taprooms in the country. The taproom was an actual malt house (they malted their own barley as was common back then) pre-prohibition as this was the John Kaufmann Brewery. The name “Christian Moerlein” is synonymous with Cincinnati as this was the city’s largest and the country’s third largest brewery. This was all pre-prohibition of course.

The Christian Moerlein Malt House as featured in National Geographic

This taproom is an enjoyable last stop on the self-guided Downtown Cincinnati brewery tour. Rhinegeist will typically have 16-20 of their delicious beers on tap. With a couple ciders on tap as well, there is always something for visitors to Cincinnati’s largest brewery, the second largest in Ohio, and the fastest growing craft brewery in modern brewery history. If the weather is warm, the rooftop is a great spot to get beautiful views of Cincinnati’s classic skyline. If the rooftop is not open or you, there is cornhole and ping pong to stay entertained. There is a new restaurant located on the ground floor of Rhinegeist. It’s a truly amazing dining experience!

Craft Connection Will Get You There

Craft Connection offers tours of these downtown Cincinnati breweries. One thing is visiting the taproom, another is being totally immersed in the brewery’s story, beer, and production facility. It’s probably why Cincinnati visitors and locals enjoy Cincinnati Craft Connection Tours so much!